The Mason City Fire Department was called to the 500 block of N. Washington Avenue at 5:05 am Wednesday and say they arrived to see flames showing from the first and second floors of a home.

Two occupants, John Michael Mcluer, 55, and Ravan Dawn Mcluer, 11, had evacuated the home before firefighters arrived.  Both were taken to the hospital for treatment of burn-related injuries.  Their conditions are unknown at this time.

A search of the home by firefighters found four more victims.  They were taken to the hospital where they were all pronounced dead.  They are:

The cause of their deaths is being investigated by the medical examiner’s office.

Mason City Police Department, Alliant Energy, and Mason City Operations & Maintenance assisted at the scene.  The fire is currently under investigation by MC fire and police and the Iowa State Fire Marshall’s office.

The Mason City Fire Department says it wishes to express “our condolences to the family and friends of the Mcluer family that have suffered this loss.” 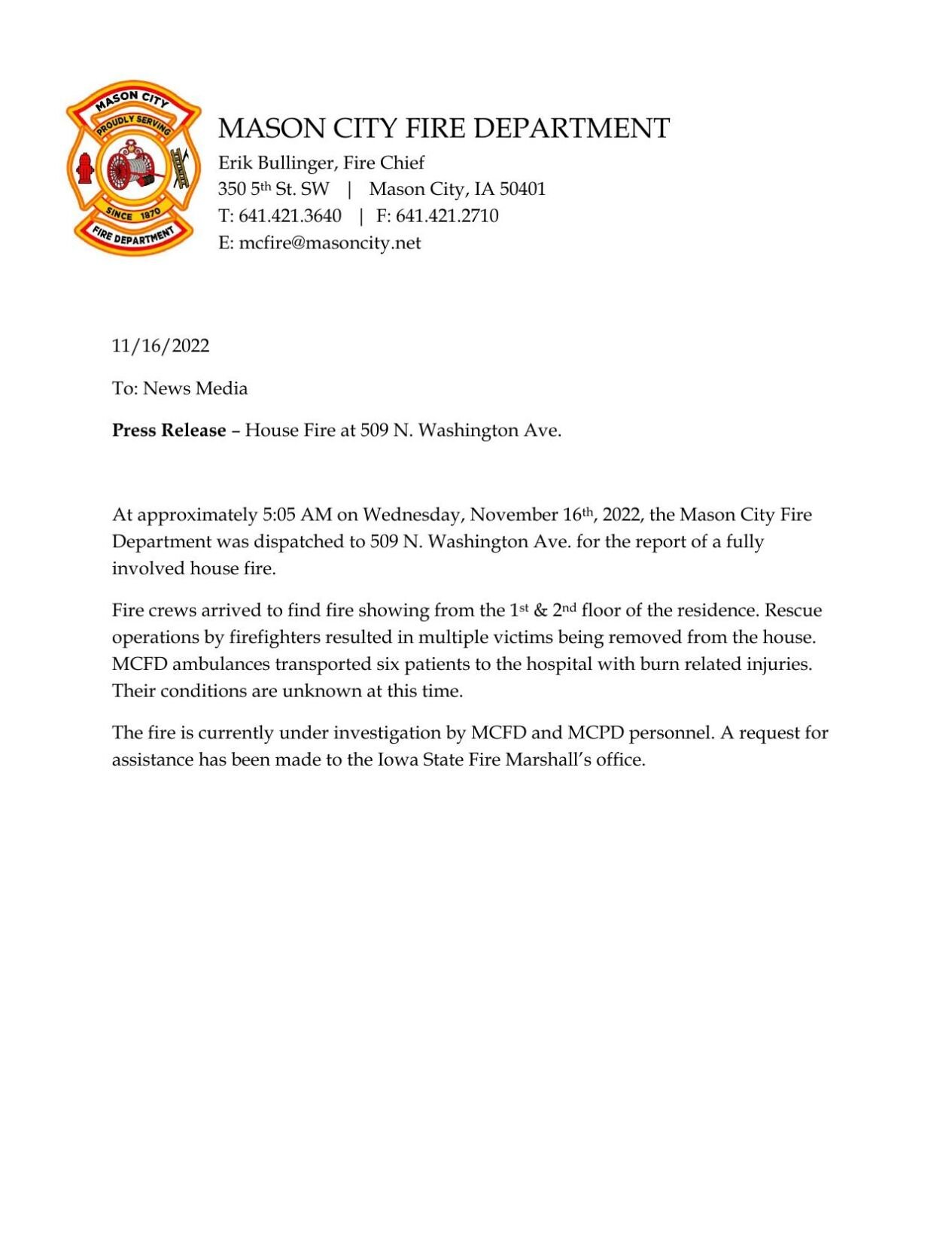 A day after four students died in a house fire, leaders from Mason City grappled with dealing with a tragedy that has impacted students, teachers and faculty throughout the district.

The candlelight vigil is happening at the North Iowa Youth Center located at 138 Fifth Street SW. tonight at 6.

MASON CITY, Iowa - It was a tragedy that saddened all of North Iowa and Southern Minnesota. Back on November 16, four boys were killed in a ho…