March for Our Lives happening in Rochester

A local recognition of the national march is happening in Rochester.

ROCHESTER, Minn. - March for Our Lives is a national march happening on Saturday in Washington D.C.

The march is a demonstration for school safety and against gun violence, the movement gaining momentum after the Parkland shooting in February.

Goradia quickly gained support from students at other Rochester schools and from Rochester Diversity Council, the Chief of Rochester Police, and Rochester Mayor Ardell Brede, all of whom helped students organize the march.

Goradia decided to get involved after seeing the victims of the Parkland shooting.

“It could have been 17 kids I had known personally, 17 kids I would have seen at prom in a month,” she said.

Specifically, seeing a picture Parkland victim Alex Schachter in a band uniform, impacted Goradia and inspired her to organize.

“If you’ve ever been to Century, the band is Century’s pride and joy,” she said. “If you change the colors in his uniform, he would look like any of the kids I would’ve passed in the hall ways, he would have looked like any of the marching freshman.”

Goradia said learning about the victims and school shootings made her realize how easily it could happen in Rochester. For her, recognizing the march on a local level is necessary if change is to come on a local level.

Goradia said the local march hasn’t seen too much opposition and she encourages everyone to take part.

The march begins at Peace Plaza and ends at Mayo Park. It starts at 10am on Saturday. 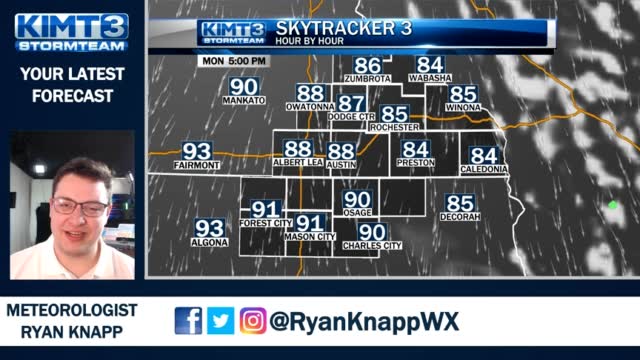