"Every time we were together we were always laughing, smiling and having a good time," said Keegan Ulrichs, Caleb's younger brother.

NASHUA, Iowa - No matter what life throws at us time continues to march on. It's now been more than a year since a North Iowa family lost their son to cancer in January 2019.

Jeff and Tori Ulrichs are in the process of creating a non-profit in their son Caleb's honor. It will provide meals and tanks of gas, among other things, for families with sick children.

"Every time we were together we were always laughing, smiling and having a good time," said Keegan Ulrichs, Caleb's younger brother.
Keegan said the two were incredibly close, having an unbreakable bond.
"As close as we were, in general, we always fought a lot but we always had this I've got your back if you've got my back kind of thing," said Keegan.

Together Keegan and Caleb were the first male cheerleaders at Nashua-Plainfield High School.
"That was just him. If he had his mind set on something - he would get it done," explained Tori Ulrichs, Caleb's mom.
That same mindset is how Caleb approached his battle with cancer.

"It was a great birthday present. Tori's birthday was September 5th, and that's when we found out he was in remission," said Jeff Ulrichs, Caleb father.
Just days after Caleb's 18th birthday tests revealed leukemia had returned.
A hard-fought battle Caleb lost his fight much too soon.

"You've always heard it that you never know what it's your turn or you never know how long we're going to be here or anything like that. Now that I've lost my son that makes me want to live every day to the fullest," said Jeff Ulrichs.
To keep Caleb's memory alive the Ulrichs are giving back at St. Mary's.

In December they bought a meal, serving around 70 patients, their families and staff for cancer patients.
"The meals that we shared whether it was in the kitchen or the atrium was very important to us, it was a chance to really forget about why we were there," explained Jeff.

The family is set to serve another meal for pediatric cancer patients and their families on St. Patrick's Day.
That isn't the only way Caleb's memory is being kept alive.

During his courageous battle, 1,000 paper cranes were made and given to him. A family friend started the Origami Optimism Project. According to Japanese tradition if you make 1,000 paper cranes a wish will be granted. What started as a way to show Caleb his community was rooting for him is now impacting other Iowa families.

So far the project has received thousands of cranes. They will be put in shadow boxes and given to others battling an illness or going through a hardship.
For more information on Origami Optimism. 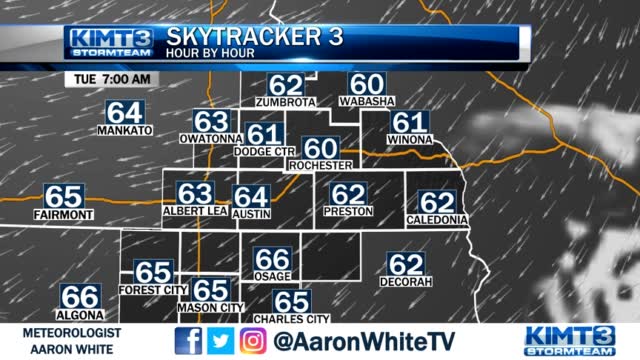