Here are the best colleges in America according to U.S. News & World Report 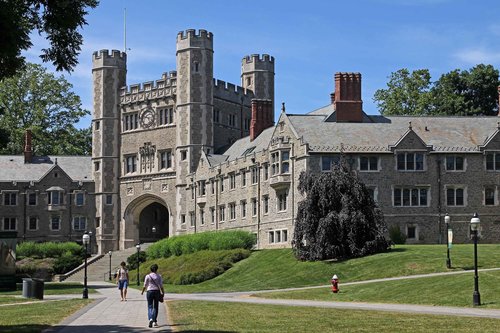 The latest U.S. News & World Report college rankings dropped Monday and they're sure to put high school students -- and more so, their parents -- in a frenzy as they prepare to apply to colleges this autumn.

The latest release marks the 35th edition of the Best Colleges ranking, and it's the first time schools in Puerto Rico, Guam and other US territories are included.

The usual suspects make up the list. Ivy Leagues and other big-name private schools sit pretty at the top, complemented by a spattering of elite public schools and smaller liberal arts colleges rounding out the top 50.

Are these rankings actually relevant?

But not everyone thinks these rankings actually matter. Forbes, for one, published a piece articulating what's wrong with the list -- arguing that the data is too easily falsified and the indicators are irrelevant to what makes a school worthy. Then again, Forbes publishes its own college ranking list every year, too.

Forbes isn't the only one against the rankings. In a 2012 opinion piece for CNN, former George Washington University President Stephen Joel Trachtenberg dismissed the rankings, saying they don't "begin to express the quality, comprehensiveness and special character of the more than 4,000 colleges and universities in the country."

The rankings create a national obsession, pushing the false belief that if a student doesn't get into a select school, which is typically accompanied by a high price tag, then "life will never be worth living," Trachtenberg writes. He also discusses the ways in which schools can falsify their data, which Forbes also points out.

And they're not wrong.

In May, seven years after Trachtenberg wrote his piece, it was revealed that the University of Oklahoma gave "inflated" data on its alumni giving rates for 20 years in an effort to improve its ranking. Alumni giving, an indicator used by U.S. News to determine a school's rank, is weighted at 5%.

Even before Oklahoma, Claremont McKenna College in California submitted false SAT scores for six years. In 2012, when the news broke, the school was ranked the ninth-best liberal arts college by U.S. News.

The rankings you've been waiting for

Oh right, the reason you are actually reading this article.

Here are the top 15 schools, according to U.S. News. Whether or not these numbers actually matter, though, is up to you.