Correctional officers have been subpoenaed in the Jeffrey Epstein death investigation, a source says 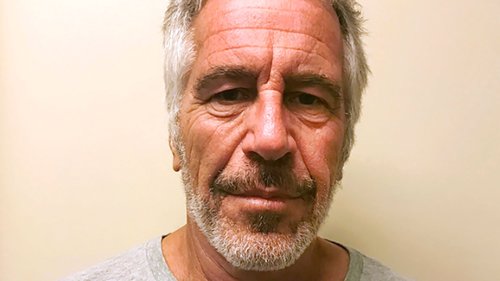 Federal investigators in New York have issued grand jury subpoenas to a number of corrections officers at the jail where Jeffrey Epstein was being held befor...

Federal investigators in New York have issued grand jury subpoenas to a number of corrections officers at the jail where Jeffrey Epstein was being held before his suicide earlier this month, according to a source with knowledge of the situation.

The subpoenas, which went out Friday to as many as 20 staffers at the Metropolitan Correctional Center, represent a new and significant phase in what appears to be a criminal investigation into the workers responsible for Epstein's detention.

Epstein was found hanged in his cell in the early morning hours nearly two weeks ago. The multimillionaire financier was awaiting trial on charges that he'd run a sex trafficking ring involving underage girls.

On Wednesday, Attorney General William Barr told reporters that the investigations were 'well along' but had faced delays because many witnesses 'were not cooperative' and had 'required having union representatives and lawyers before we could schedule interviews.'

Prosecutors had offered the corrections officers an opportunity to sit voluntarily for an interview, but the officers refused to do so without a form of immunity that would protect them from criminal exposure, the source with knowledge of the situation said.

If they are questioned before a grand jury, some of the corrections officers would likely invoke their Fifth Amendment right to decline self-incriminating testimony, the source said.

The Justice Department declined to comment on the investigations on Thursday.

In the days since Epstein's death, reports of mistakes and mismanagement behind the walls of the hulking Manhattan facility have emerged.

Barr has cited 'serious irregularities' and a 'failure to adequately secure' Epstein by the jail, and has in recent days overhauled the leadership there and at the Bureau of Prisons in Washington.

With the subpoenas, prosecutors hope to learn from the lieutenants in charge of Epstein's cell block that night about the rounds that were or were not made to check on prisoners and to see how work was handed off from previous shifts as they seek to piece together the inmate's final moments, the source said.

The subpoenas are the clearest indication yet that some of the jailors could face criminal prosecution for their actions that night.

'The fact that this is a grand jury investigation means that they are investigating a specific crime. It tells me that it's something more than just 'Let's pick up the pieces and do a report' like an inspector general would normally do,' said Elie Honig, a former federal prosecutor and a CNN legal analyst.

Epstein had not been checked on for hours before his suicide, CNN has reported, and the guards who were responsible for his supervision that night could face criminal exposure if they falsified records to show that they had made the checks every 30 minutes, as is required.

There are also questions as to why Epstein was left alone in his cell that night, despite an apparent prior suicide attempt the month before.

After the first incident, when Epstein was found with marks on his neck, Bureau of Prisons officials determined that he had tried to fake a suicide and they issued an infraction against him, which serves to put the event on his internal prison record, a person briefed on the matter said.

Another person familiar with the situation told CNN that BOP officials had downplayed the incident to prosecutors in the Manhattan US Attorney's office who were trying his sex trafficking case, saying Epstein's attempt hadn't been serious.

In court documents filed this week in New York, the lawyer for a New York man who had shared Epstein's cell during the first incident said his client was a 'critical witness' in Epstein's 'attempted suicide.'

CNN reported last week that the man, Nicholas Tartaglione, had been moved before Epstein's successful suicide attempt, and was one of the first people FBI agents sought to interview.

On Thursday, Barr swore in the new Bureau of Prisons director in a private ceremony at the Justice Department, days after announcing he was ousting the acting head of the agency who had been in place since last year.

Kathleen Hawk Sawyer, a psychologist, had previously served as the BOP director for over a decade, after an appointment in 1992 by Barr, then in his first stint as attorney general.

Barr asked Hawk Sawyer to return to her old position in a meeting on Friday, as details of the dysfunction at the MCC were mounting.

Hawk Sawyer accepted the job because she saw Barr as someone who understood the problems facing the federal prison system well and could provide her backup as she tried to reform them, a person familiar with her decision said.

Barr vouched for his new appointee's ability on Wednesday, saying he had 'worked closely with her' when they were both last in government.

'I have every confidence that she's going to be able to address any management or operational deficiencies at the bureau,' he said.

An earlier version of this story incorrectly reported Epstein was on suicide watch at the time of his death.

Big changes on the horizon for athletics in northeast Iowa?

Search underway for wanted Rochester man who fled from authorities

Fire at The Bakery in Blooming Prairie