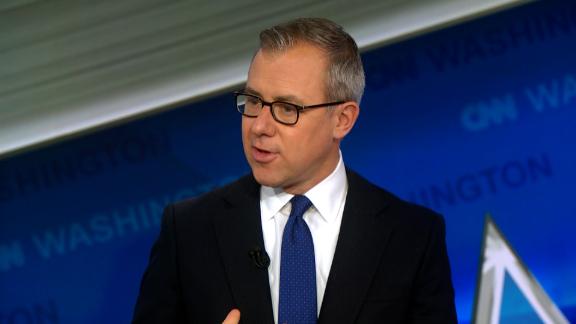 Lawyers for former President Donald Trump filed a 14-page brief Tuesday that previews two main arguments we can expect to hear when the Senate impeachment trial kicks off next week:

That first point has enough traction in the Senate that it is, at this point, very unlikely Trump will be convicted. Only five Republicans split from the party when GOP Sen. Rand Paul last week raised as a point of order that the trial of an ex-president was unconstitutional. To convict Trump at his trial, at least 17 Republicans would need to vote with all of the Democrats.

But the stage is set for a contentious, divisive trial at a time when President Joe Biden is working to promote a message of unity in Washington.

House impeachment managers, in their own pretrial brief filed Tuesday, pushed back directly on the argument that the trial of an ex-president is unconstitutional.

"There is no 'January Exception' to impeachment or any other provision of the Constitution," the managers wrote. "A president must answer comprehensively for his conduct in office from his first day in office through his last."

The managers also charged that Trump is "singularly responsible" for inciting the insurrection at the Capitol and that barring him from holding future office is the only recourse after he "threatened the constitutional system that protects the fundamental freedoms we cherish."

The House impeachment managers and Trump's legal team are expected to submit additional briefs ahead of the scheduled start of the former President's trial on February 9.

Monday night's meeting between Biden and a group of Republican senators over Covid-19 relief reaffirmed what the White House has been signaling for days: The President is willing to negotiate only so much.

And with drastic differences remaining between the President's stimulus plan and the GOP counterproposal, Democrats are moving closer to going it alone through reconciliation.

One Democratic aide familiar with the Senate process told CNN's Lauren Fox that the plan is for the House and Senate committees to work in coordination over the next week and a half to hammer out legislative text.

Throughout the drafting, Democrats in the Senate will be consulting with the Senate parliamentarian to make sure their plans are allowed under the rules that govern reconciliation. The House will vote to pass the plan first. Then the Senate will move.

But while it's an effective vehicle to pass the $1.9 trillion relief package, the reconciliation process will open Biden up to criticism that he's not operating as the political unifier he pledged to be.

Lanhee Chen, a Hoover Institution research fellow who's worked for Mitt Romney and Marco Rubio, wrote in a new CNN op-ed: "If Biden is truly interested in advancing more substantial reforms, he will have the opportunity to do that through the budget reconciliation process. There are proposals in his package sure to get minimal, if any GOP support -- significantly enhanced funding for state and local governments or a hike in the minimum wage, for example. These are the sorts of things Biden would have greater success pursuing through reconciliation when the time comes for that later this year.

For now, Republicans are offering Biden the opportunity to get some valuable policymaking done to address the health and economic challenges that are most urgent. He should seize this opportunity.

Mayorkas' confirmation as Homeland Security secretary makes him the first Latino and immigrant to serve at the helm of the department.

Here are the only other four of the 23 Cabinet-level nominees requiring Senate approval who have so far been confirmed:

The good news: More Covid-19 vaccine doses have been administered than the number of US Covid-19 cases reported during the entire pandemic.

The number of coronavirus infections may actually be four times higher than the number of cases reported, researchers say.

"Even after adjusting for underreporting, a substantial gap remains between the estimated proportion of the population infected and the proportion infected required to reach herd immunity," a study published in the medical journal JAMA Network Open said.

The administration also announced it is increasing the weekly allocation of vaccines to states, tribes and territories by an additional 5%, bringing the weekly total of vaccines purchased per week to a minimum of 10.5 million.

People who were previously infected tended to have antibody levels that were at or above those of people who had gotten both doses but never been infected, wrote the authors of the study, which has not been peer-reviewed.

But reinfection remains a threat with variants. "We need to get as many people vaccinated as quickly as we possibly can," said Dr. Anthony Fauci, director of the National Institute of Allergy and Infectious Diseases.

"Even though there is a diminished protection against the variants, there's enough protection to prevent you from getting serious disease, including hospitalization and deaths."

'Students can be in classrooms safely'

That's what Democratic North Carolina Gov. Roy Cooper said Tuesday as he pushed for school districts across the state to reopen with the proper mitigation measures.

In-person learning, he tweeted, "is important for reasons beyond academic instruction."

"School is where students learn social skills, get reliable meals, and find their voices. Teachers play an important role in keeping students safe by identifying cases of abuse, hunger, homelessness and other challenges."

A CDC report released earlier this month found that Covid-19 cases among younger children remained low even after schools restarted in-person learning. To safely reopen schools, however, transmission in communities must be kept in check.

Biden has pushed to reopen most schools within 100 days, though Fauci has cautioned that "may not happen" while Covid-19 transmission remains high.

"The President is taking very seriously the issue ... both from the student standpoint and from the teacher standpoint," Fauci said during a virtual event sponsored by the National Education Association.

"He really wants to and believes that the schools need to reopen in the next 100 days, essentially all the K-8 schools, within 100 days. That's the goal. That may not happen because there may be mitigating circumstances, but what he really wants to do is everything within his power to help get to that."

Court docs: Mason City man points loaded gun at person after being told to slow down

Attorney: Use of force justified in Mason City officer-involved shooting