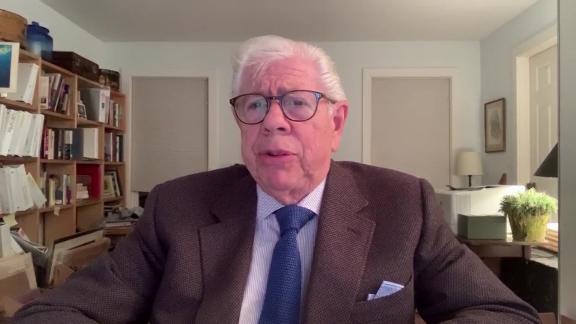 The election of Joe Biden as President of the United States, despite the specious claims of voter fraud from President Donald Trump, will not end the controversy over the Trump administration. Once the President leaves office, he will no longer have the immunity from prosecution he's enjoyed for the last four years. And despite never prosecuting a former president in our history, this time there is a strong case for breaking that norm. Holding President Trump accountable also may be the only way to hold our political parties accountable.

Trump faces legal jeopardy. At the federal level, he could be investigated and tried, if evidence is uncovered, for crimes like obstruction of justice while holding office. A new Department of Justice could certainly use the Mueller report in making that case. Robert Mueller cited many examples, including the firing of James Comey, where the President may have obstructed justice but was not indicted because of the Department of Justice regulations that a sitting President cannot be charged.

Without Attorney General Bill Barr running interference for Trump, the DOJ could also make a case for obstruction of Congress. Trump and his legal team completely stonewalled Congress during the impeachment investigation and failed to deliver relevant information that the House has a constitutional right to.

In New York, the state's attorney general and the Manhattan district attorney are currently investigating the Trump organization for bank and tax fraud prior to Trump becoming president.

Furthermore, the New York Times' series exposing the President's tax returns and business practices may present an opportunity for any prosecutor looking for evidence of fraud.

But the question is not whether he can be investigated and potentially charged and convicted. The question is: Should Trump be subject to criminal or civil justice? Lawyers are split on this issue --some, like Bob Bauer, President Barack Obama's General Counsel in the White House and top adviser to Joe Biden's campaign, argue not prosecuting weakens the rule of law and essentially gives the President a get-out-of-jail card. Others, like Jack Goldsmith, former director of the Office of Legal Counsel for President George W. Bush, argue the potential disruption to the country and the presidency outweighs the obligation to hold a president accountable.

This is not a legal issue, however; it's a political one. And it's a very difficult one to manage for the incoming President. President-elect Biden has reportedly signaled a reluctance to go after President Trump because he wants to seek unity and turn down the partisan political temperature to get things done.

The President-elect could discourage any investigation of Trump as a gesture of good faith to the Republicans on Capitol Hill and the more than 70 million Americans who voted for Trump. In his mind, in my opinion, that will maximize the ability to work across the aisle on his agenda and get things done.

But the reason for breaking centuries of norms of not prosecuting a former president turns precisely on the issue of good faith. The idea that making a gesture to the Republicans at this point will lower the political temperature is not based on any available reading of the Republican Party. In fact, the idea of talking about Republicans as good faith actors is an oxymoron.

Remember this is a party who told Barack Obama they could not confirm a Supreme Court Justice eight months before an election. This is the party that voted to acquit President Trump on both articles of impeachment (though Republican Utah Sen. Mitt Romney broke with party lines to vote to convict Trump of abuse of power) despite overwhelming evidence and without calling a single witness to the impeachment trial. And this is the party of Sen. Mitch McConnell, who famously said his top priority was ensuring Obama was a one-term president.

There is no doubt the prosecution of President Trump will inflame the partisan divide that defined the 2020 election. In the short term, it likely will imperil the domestic agenda of the Biden presidency. But that seems like a false choice. There is little Biden can do to bring along Republican leaders and Trump voters when weeks after the election they are still delegitimizing the process. And given their record, there is no reason to believe they will move on most of Biden's agenda.

Ultimately, the reason our country has never prosecuted a president for criminal behavior is that both parties were equally committed to the rule of law. A bipartisan effort forced President Richard Nixon to resign for clear criminal activity. That commitment to the rule of law no longer seems to exist for the Republican Party.

Time after time, most elected Republicans have turned a blind eye to Trump's transgressions as President. The GOP -- save for some members -- has refused on many occasions to hold President Trump accountable for his actions. They are even resisting holding him accountable for undermining our entire democratic process of electing a president. And Trump has invited Republican state lawmakers from Michigan to the White House on Friday, according to a person familiar with the matter, in what can only be seen as another attempt to interfere with the election results. This after Biden won the state by more than 150,000 votes and Michigan's state law guarantees that all of its electoral votes go to whichever candidate wins the state's popular vote.

The old system is broken. We don't have shared belief in the rule of law. That enabled President Trump to act with impunity and without guardrails throughout his four years in the White House. Those guardrails need to be rebuilt. And in this case that means breaking a historical norm and investigating and prosecuting, if warranted, the former President of the United States. Without that, the rule of law is meaningless. Both parties need to be accountable to our democracy, and delivering justice to Donald Trump will be an important step in that direction.

Sheriff's Office: Man in critical condition after crash where vehicle was launched 40 feet in the air

Clear Lake woman sentenced for stealing from a convenience store

Arrest made in connection with gunshots at MN National Guard soldiers

Insurer to pay $8M to man paralyzed by Iowa officer