Trump brought this upon himself 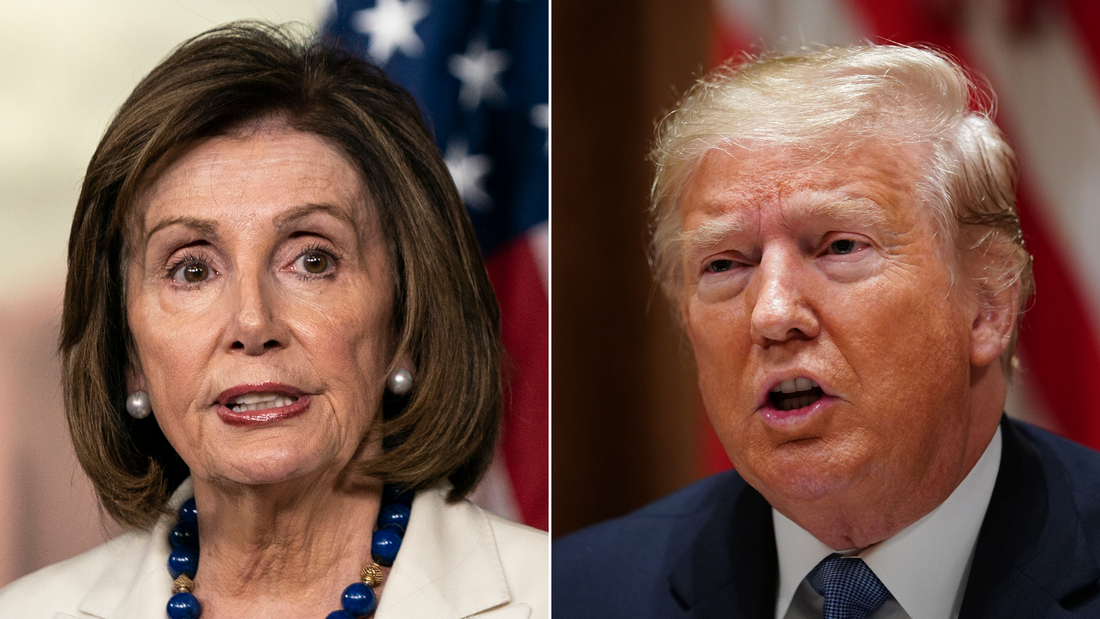 President Donald Trump sent a letter to House Speaker Nancy Pelosi, excoriating the House Democrats' pursuit of an impeachment inquiry just a day before the full House is set to vote.

One of the few indisputable facts of Donald Trump's impeachment is that he would not now stand in disgrace but for his own heedless behavior and his commitment to never apologizing and never backing down.

That this behavior could also be what he credits for his election is but one of the many paradoxes of the President's reign.

Trump was elected on the basis of his promise to act as a wrecking ball in Washington and a messianic personality that caused him to declare that "I could stand in the middle of Fifth Avenue and shoot somebody and I wouldn't lose any voters." This declaration was evidence that he understood the dark charisma he possessed -- his loyalists were more a cult than a political movement -- and could imagine exercising power in the most extreme way.

It is the President's extreme view of himself as the "king" his father told him he was that came to the fore as he became president and, isolated in the trappings of White House pomp and deference, became ever more imperious. One by one, those who spoke truth to his power were pushed out and replaced by sycophants who became "acting" rather than fully empowered officials. Ever mindful that they could be pushed out of their positions, these yes men and yes women acted as mirrors of his deviant desires.

The original sin in this most acute crisis -- his impeachment -- was the President's decision to participate in, if not initiate, the weapons-for-dirt scheme he practiced in hopes of getting Ukraine to help him in the 2020 election.

Trump has denied any quid pro quo, but, reacting in a spasm of overconfidence, he made public a rough transcript of the "perfect" call he made to Ukrainian President Volodymyr Zelensky, which suggests otherwise. It was on this call that Trump asked for investigations into former Vice President Joe Biden, Hunter Biden and a conspiracy theory about 2016 election interference. No evidence suggests a justification any of these investigations, but Trump froze military aid for Ukraine's war against Russia, anyway.

The Ukraine scandal can be called acute because it's the immediate reason for Trump's impeachment, but it is really just a peak moment in a long-running emergency that has gripped the country since Trump fired former FBI Director James Comey in May 2017. Comey, you'll remember, refused to drop his investigation into Russia's actual attack on the 2016 election and declined to offer the President the kind of personal loyalty he demanded but no FBI director should give.

Comey's firing necessitated the appointment of former special counsel Robert Mueller, whose work evolved to include probing the President's conduct in response to this oversight. As Mueller reported, Trump may have committed 10 acts of possible obstruction of justice but since Department of Justice policy prohibits prosecution of a sitting president Mueller left it to Congress, with its power to impeach and remove the chief executive, to work out what would happen next.

As one former ally after another became convicted criminals in related cases, the President continued to mock Mueller's work and press his luck with executive orders challenging Congress. (Sending troops to do immigration police work and shifting money from the Pentagon to build a border wall are two infamous examples.) When Trump's fellow Republicans controlled both houses of Congress, he could confidently flout the authority of the legislative branch. After the GOP shellacking, which put Democrats in control of the House, he kept on pressing his luck, seemingly unable to do anything else.

In truth, Trump is an old dog who has been using the same tricks for so long he may be incapable of learning any new ones. His repertoire begins with lying, but also includes casting blame on others and defying all norms and standards. It ends with a bold commitment to endless extreme claims of infallibility coupled with repeated demands for affirmation. His modus operandi of continuous attack guaranteed he would become, like Napoleon in Russia, a commander who went too far with disastrous consequences.

Like Napoleon, Trump had his chances to save himself, but his techniques worked so well, and for so long, that he seemed mesmerized by his own success. Part of Trump's dark magic is that it's hard to believe that what we see him doing is actually happening. For this reason, his actions and his attitude seemed to stymie efforts to confront him. For much of this year, House Speaker Nancy Pelosi refused to authorize a full-on impeachment investigation because she still operated by the old rules.

Pelosi didn't want to put the country through an unnecessary ordeal. Trump's team preempted Mueller's report with its own interpretations and then, when the special counsel testified, he wasn't persuasive. The door to impeachment seemed to close. Now, with Ukraine, the President himself reopened it.

Ultimately, the President and the country would not be in this place but for Donald Trump's astounding sense of entitlement and his inability to change course. In fact, given the strong economy, Trump could have been a shoo-in for reelection if he had chosen to be a less divisive president. His shame and the nation's trauma are his, and his alone.

One dead after collision in rural Chickasaw County

Pregnant woman and unborn child die in shooting in Iowa

Prep football, volleyball in Minnesota moved to the spring

Gold and Silver Prices Going Up

Coronavirus impact on the 2020 census