Lewandowski hearing was a disaster 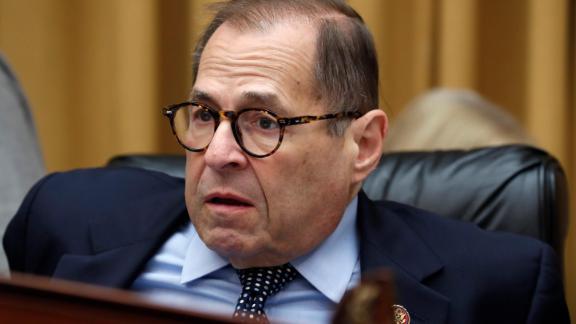 Corey Lewandowski's congressional testimony on Tuesday highlighted the fundamental paradox facing the House Judiciary Committee. On one hand, Lewandowski -- despite openly antagonizing House Democrats and preening for his Republican cronies -- testified fairly casually about misconduct by President Donald Trump that, in normal times, would be presidency-defining (and potentially presidency-ending). On the other hand, Lewandowski's testimony changed little about the longer-term prospects of impeachment.

Through all the sarcasm, personal insults, and tortured debate about Congressional procedure, Lewandowski confirmed that Trump instructed him to have then-Attorney General Jeff Sessions intervene in, and derail, a criminal investigation of Trump and his close associates. This is a big deal -- or should be. But it also was nothing new. The entire summer 2017 episode is set forth in detail in the Mueller report. Lewandowski's testimony simply confirms that Mueller got it right -- contrary to the repeated claims of Lewandowski's chief benefactor Trump, who has repeatedly attacked Mueller's impartiality and veracity.

Lewandowski was a truly horrible witness. His demeanor was the stuff of a trial lawyer's nightmares. He was angry, combative, sarcastic, and more intent on getting off personal insults and pumping up his impending Senate campaign than actually answering questions or getting Congress or the public any closer to truth. When questioned by Republicans, he was an eager beaver, responsive and sharp. When questioned by Democrats, he turned hostile and suddenly seemed unable to hear, read, understand, or respond to even the simplest question.

And Lewandowski's credibility is trash. He gave laughably implausible explanations for any conduct that suggested impropriety by Trump. For example, when asked why he did not transmit Trump's initial message to Sessions, Lewandowski glibly responded that he went on vacation instead. That's not an answer, that's a non sequitor. Obviously, Lewandowski could have delivered the message before or after vacation. Plainly, Lewandowski did not deliver the message because he knew Trump's message to Sessions was wrong and illegal. And he invoked the White House's legally unsupportable "privilege" -- "the White House has directed me not to disclose the subject of any discussion..." -- only selectively, whenever he wanted to dodge.

While Lewandowski's performance on Tuesday was an abomination, it is the fault of House Democrats that it probably won't make a dent. Here's the problem: House Democrats -- particularly Speaker Nancy Pelosi -- have set the bar impossibly high by claiming publicly that "The public isn't there on impeachment" and that impeaching Trump is "just not worth it."

By those statements, House Democrats essentially have conceded the Mueller report is not enough -- perhaps politically more than legally -- and there needs to be something more to proceed. But there very likely won't be evidence relating to Russian interference or obstruction beyond what's already in the Mueller report. House Democrats have set themselves up for failure.

Moving forward, House Democrats need to address this question squarely: Is the conduct in the Mueller report enough to impeach? If so, then why are we wasting time with the kind of absurd hearing we saw on Tuesday? (Note: they don't need more -- the House impeached President Bill Clinton based on the written report of Independent Counsel Ken Starr, without calling live witnesses). And if not, they're not going to magically get some brand new, previously unknown smoking gun, especially not from partisan, dishonest favor-seekers like Lewandowski.

House Democrats need to make a tough decision. Will they continue to slow-play this process and shy away from impeachment because of the perceived political downside? Or will they take bold action to uphold the oath of office and defend the Constitution, whatever the speculative political cost? All indications are they will stay on the former road. And if so, we can expect plenty more hearings like Tuesday's: plenty of sound and fury, ample evidence of wrongdoing and abuse of power, and no meaningful consequence.

Suspect in Iowa trooper's death taken from hospital to jail