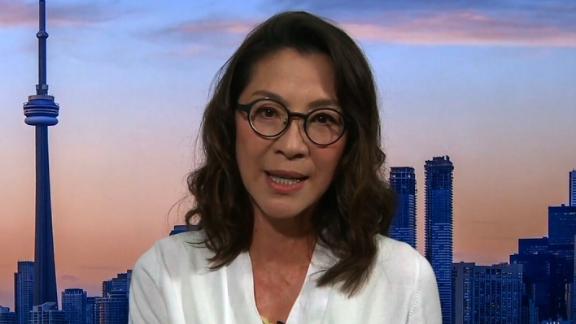 Aziz Ansari is back and he's been observing white people.

Based on the comic's sold out "Road to Nowhere" tour, it was directed by Academy Award-winning filmmaker Spike Jonze and filmed at the Brooklyn Academy of Music tour dates held in New York.

In the clip, Ansari talks about the progress he feels has been made in society, based on the many white people who turned out to see the film "Crazy Rich Asians," which featured an all-Asian cast.

"Interesting times for white people. You're trying really hard to be nice to minorities," he said. "In a way I've never seen before. Putting in the time, putting in the effort, getting out there... watching 'Crazy Rich Asians.'"

After teasing one audience member about rating the movie, Ansari jokes about how the rally of the film is indicative of how far we have come.

"Look how far we've come in just two generations," he said. "Like, your grandma doesn't even call it 'Crazy Rich Asians.' She calls it, 'That movie that has too many Orientals.'"

Ansari, who is of Asian descent, seemed to enjoy the teasing.

"It doesn't matter what you think about the movie," he said. "It's just fun to make white people feel bad."

While the "Master of None" star had a sold-out comedy tour in 75 cities in the US and 12 countries abroad, he had been less visible on the small screening following an allegation of sexual misconduct in January of last year -- a claim he denied.