Ferrari and Lamborghini say 'Not so fast' on electric supercars 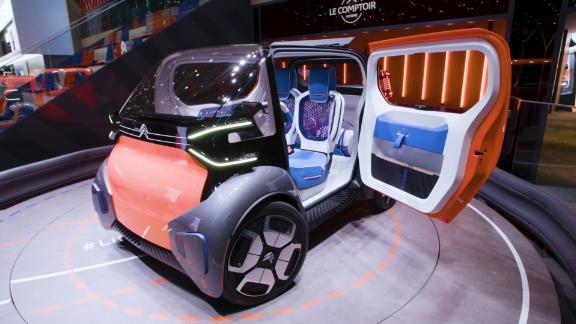 Electric vehicles have arrived in all forms from hypercars to ride-sharing autos to mobile living rooms.

Sure, a Tesla Model S sedan can go from zero to 60 miles an hour in 2.3 seconds, at least as quick as a supercar from Lamborghini or Ferrari. But both of those Italian automakers say electric car technology isn't ready for real high-performance supercars just yet.

That's because supercar performance means more than launching from a stoplight as fast as possible. It means rounding curves at high speeds and accelerating, not just from a dead stop but at high speeds, over and over again.

Electric cars need big battery packs to store enough power for acceleration and long driving range. Those battery packs usually weigh even more than a gasoline-powered car's engine and transmission. Makers of electric cars will often boast that the battery weight is down in the floor, providing for a lower center of gravity and, theoretically, better handling. But the simple fact is, more weight is just never good for a sports car.

Then there's the sound. Or, rather, the lack of sound. Ferrari and Lamborghini take pains to provide drivers with a rich symphony of rapid-fire internal combustion. The gentle whirring of electric motors can be cool in its own right, but it's far from the ripping metallic howl of a Ferrari V12. Fake engine noise could be pumped into the cabin — some automakers already do this, even in gasoline-powered cars — but Ferrari's chief technology officer, Michael Hugo Leiters, called the idea unthinkable for his brand.

"We have to have a certain credibility," he said at a press conference during the Geneva Motor Show.

Ferrari has said it plans to offer a new hybrid supercar in the near future, but that an all-electric Ferrari remains farther off.

Maurizio Reggiani, chief technical officer at Lamborghini, detailed the packaging challenges of big battery packs during a conversation behind the scenes at the Geneva Show. Yes, batteries can be laid down flat in the floor of the car, as they are in Teslas. But if you've ever sat in a Lamborghini sports car you'll know there's not much room between your seat and the road. Adding space for batteries would mean making the cars taller sacrificing much of that "low center of gravity" benefit.

Rimac, based in Croatia, makes electric supercars today albeit at extremely high prices, even by supercar standards. The Rimac C_Two costs over $2 million. The company also contributed engineering to the Pininfarina Battista, another $2 million electric supercar unveiled at the Geneva Motor Show earlier in March.

Founder Mate Rimac said he didn't start an electric supercar company because he wanted to save the environment. There are far betters ways to do that. He believes that electric propulsion, with its instant acceleration and precise control of power to the wheels, holds the promise of ultimate supercar performance.

It was surprising, then, to hear him agree with much of what engineers from Lamborghini and Ferrari had to say.

"What is a big challenge is long-term performance, thermal limitations of overheating batteries and powertrains," he said. "So that's something we are working really hard to solve and I think we can solve that but it's a big, big challenge."

Batteries can get hot when lots of power is pushed in and out of them quickly, limiting the amount of time a car can spend going full speed around a track.

Weight is also a major issue, he agreed. Rimac's car, he said, is most comparable to something like the Bugatti Chiron, a fairly large, heavy car designed to provide exhilarating performance but it's not really at home on a twisting race track.

Lamborghini's proposed solution is a technological long shot. The company is working with engineers at the Massachusetts Institute of Technology on the use of carbon nanotubes to store electricity in a car's body panels. The car body would become a supercapacitor. Supercapacitors take in and release energy much more rapidly than batteries can. But there are serious technological hurdles. For one thing, supercapacitors have trouble holding energy for a long time.

When the first electric supercars from companies like Ferrari and Lamborghini do come out, don't expect them to just stop making internal combustion engine cars, said Robert Sorokanich, the deputy online editor of Road & Track. Electric cars will always offer a different sort of performance from an internal combustion-powered car and there will be those who still prefer the experience of an Italian V12.