US pedestrian deaths are highest in three decades, report says 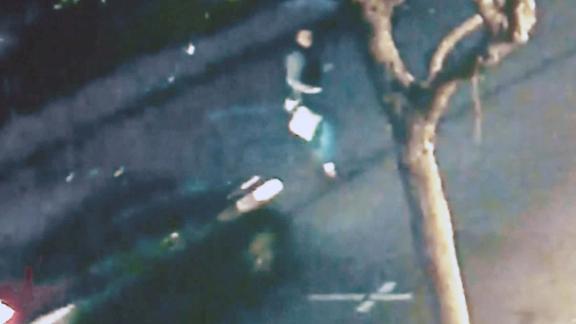 Last year is projected to have been the deadliest for pedestrians in the United States since the 1990s, according to a new report from the Governors Highway Safety Association, a nonprofit representing highway safety offices across the country.

State highway safety offices in all 50 states and the District of Columbia reported pedestrian fatalities during the first six months of 2018, which the researchers combined with historical data to estimate the total number of pedestrian deaths for the year.

The association estimates that 6,227 pedestrians were killed in motor vehicle accidents in 2018, a continuation of an upward trend seen since 2009 and the highest number since 1990. The increase also comes at a time in which all other traffic deaths are on the decline, according to the report.

"While we have made progress reducing fatalities among many other road users in the past decade, pedestrian deaths have risen 35 percent," Governors Highway Safety Association Executive Director Jonathan Adkins noted in a statement.

The number of pedestrian deaths varied widely from state to state, with New Hampshire reporting one in the first six months of 2018 and California reporting 432.

The researchers attribute the increase to more people who are walking and are therefore more exposed; nighttime crossings on local roads away from intersections; unsafe driving behaviors like speeding or distracted or drowsy driving; alcohol consumption and smartphone use by both drivers and pedestrians; and a rise in the number of SUVs, which generally cause more severe pedestrian injuries.

Over the past 10 years, nighttime crashes have accounted for more than 90% of the total increase in pedestrian deaths, and alcohol impairment for either the driver or the pedestrian was reported in half of the incidents that resulted in pedestrian fatalities in 2017.

The authors stress that reducing and eventually eliminating pedestrian deaths requires a comprehensive approach that includes law enforcement, engineering, education and effective emergency medical response. The approach should also be tailored to the needs of state and local communities.

"Crossing the street should not be a death sentence," Richard Retting, director of safety and research at Sam Schwartz Consulting and an author of the report, said in a statement. "We have a range of proven infrastructure, engineering, and behavioral strategies that we know can reduce pedestrian deaths."

The authors acknowledge that many factors outside the control of traffic safety officials contribute to the changes in the number of pedestrian fatalities, including weather, fuel prices, the cost of travel and the total number of people who choose to walk in every state.

"The alarm bells continue to sound on this issue; it's clear we need to fortify our collective efforts to protect pedestrians and reverse the trend," Adkins said.