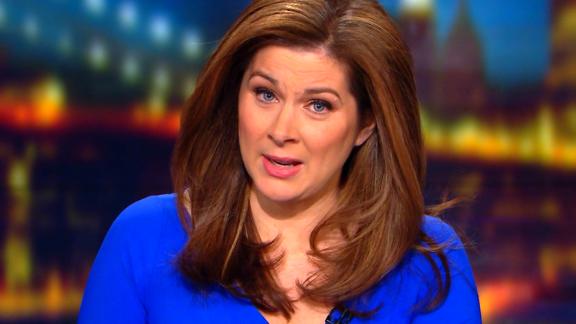 How many will be corrupted, plead guilty, endure convictions, or be sent to prison before the legal and political systems end the slow-motion national tragedy that is the Trump administration?

This is the logical question that must be asked in the wake of The New York Times revelation that the President has spent two years trying to subvert the investigation into his Russia connections.

The President has publicly criticized the probe more than 1,000 times, according to another New York Times article. Meanwhile, he has reportedly pressured a variety of officials to influence the investigation. This approach, which the Times says involves attempts at "intimidation" and "humiliation," imperiled officials whether they gave in to pressure from the President or not. Most recently, House Democrats are scrutinizing whether former acting attorney general Matthew Whitaker committed perjury when he denied that he was subject to Trump's pressuring, according to the New York Times. A spokeswoman for the Justice Department said that Whitaker is standing by his testimony, stating: "Under oath to the House Judiciary Committee, then-Acting Attorney General Whitaker stated that 'at no time has the White House asked for nor have I provided any promises or commitments concerning the special counsel's investigation or any other investigation."

In a reprise of his long-running effort to get Whitaker's predecessor Jeff Sessions to "un-recuse" himself from Russia matters, Trump allegedly asked Whitaker if it was possible to have the US attorney for the Southern District of New York, Geoffrey Berman, who had also recused himself due to a conflict of interest, take over the work his office was doing on the same issues, according to the New York Times. If Berman had taken over, he could have altered the prosecution of Trump's former attorney Michael Cohen.

Cohen has pleaded guilty to crimes committed in the payoff made to adult film star Stormy Daniels to prevent her from alleging an affair with Trump during the 2016 election campaign. Trump denies the affair. Not declared as a campaign contribution, this payment was reimbursed by the President. Cohen's role reflected his intense loyalty to Trump and his status as a man who was long trusted with Trump secrets.

Although, according to the Times, it is "unclear" what Whitaker did after Trump made this request, the reporting appears to contradict Whitaker's sworn testimony before Congress and could put him in great legal peril. In this he joins a host of people, beginning with Cohen, who have been burned by their associations with a candidate-turned-President who has made norm-busting a hallmark. Michael Flynn, former national security adviser; Paul Manafort, former campaign chairman; Rick Gates, former assistant campaign manager; and George Papadopoulos, former adviser, have all been convicted of crimes thanks to their Trump connections, although many of their crimes are unrelated to their work on Trump's campaign. The President's longest friend in politics, Roger Stone, stands charged and awaits prosecution.

All of this could have been predicted on the basis of Trump's record even before he declared that he would run for the presidency in the summer of 2015. As a businessman, his businesses' multiple bankruptcies, abuse of consumers in the $25 million Trump University fraud, and disgraceful treatment of vendors and bondholders provided insight into his character.

Then came the 2016 election, where Trump announced his candidacy with false claims about immigrants and crime, and proceeded to create a fissure between Trump supporters and those who refused to back him during the primaries. His name-calling and innuendo, including the suggestion that Ted Cruz's father was involved in the assassination of John F. Kennedy, would have been laughable if they hadn't been so destructive. After securing the nomination, Trump saw no need to hew to facts, or even exhibit basic decency, as he reveled in calls for his opponent to be imprisoned.

Trump's rule-breaking has set the conditions for similar behavior in those surrounding him. The firings, resignations, and scandals have come at a furious pace, as those who respond to Trump have struggled to stand up to him while also maintaining standards that he has broken. This challenge, of confronting a rule-breaker without sacrificing one's own morality, forces people to make choices. The press, for example, has had to get used to calling out Trump's distortions, labeling his lies as lies. Career public servants, including former acting FBI Director Andrew McCabe, have had to make similar choices, sometimes crossing lines they presumably would rather not cross because of the emergency Trump presents.

In his new book about the Trump era, McCabe has told stories that would normally be kept secret within the Department of Justice. This includes his reports about concerns that Trump might be serving Russia's interest, and not America's. McCabe has been criticized for deciding to reveal this issue and others. It is possible that he is discomfited by it all but felt a duty to speak. Critics may say McCabe is settling scores and selling books. He seems to me to be sounding an alarm.

Alarms have been ringing ever since Trump announced he wanted to be president, and they have grown steadily louder. As President he has used the bully-boy tactics of intimidation, humiliation, and threats that he employed in his long life before the White House. Resistant to change, certain of his superiority, he recognizes no higher calling than the sound of his own ego. He only knows the methods revealed by the Times, McCabe and others, and will not stop until someone forces him to.

Blizzard Warning remains in effect for some: Here is the latest

City bus slides off the road in Rochester