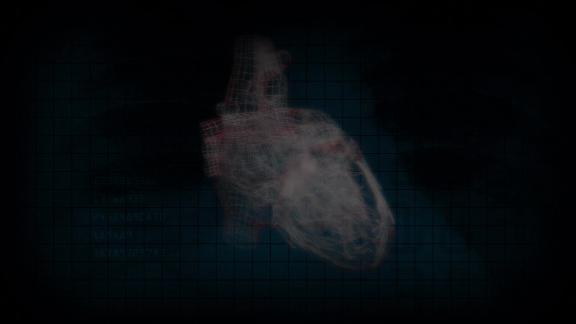 The feeling of love can be heart-healthy and it doesn't really matter who -- or what -- is the object of your affection.

When you think of your loved one, does your heart feel warm and fuzzy? Or would you say it skips a beat, goes pitter-patter or begins to race?

Humans have long described the heart as the source of our affections. It probably started with the ancient Egyptians and the Greeks; Aristotle, for instance, thought the mind was in the heart, considering that biomechanical pump to be the origin of all thought and feeling.

"The metaphorical heart is the way that we thought of the heart before science came along," said Jauhar, who explores the connection between the fist-sized organ and the "heart of love" in his book "Heart: A History."

"The heart was the seed of the soul," Jauhar said. "It was where our emotions resided; emotions like love or courage.

"And what I have observed in my two decades now as a cardiologist is that the heart that is associated with love, that metaphorical heart, directly impacts on our biological heart," he added. "People who have healthy, loving relationships have better heart health."

Love begins in the brain

We call it "falling in love," as if we have no control over how we topple. But that rush of emotion we connect to our heart actually begins deep in the brain.

It starts with a crush, a first attraction that triggers a dopamine pathway deep in the middle of the brain. Dopamine is known as the "feel-good" neurotransmitter, but it also tells us to pay attention and expect rewards.

Dopamine primes us for the next step: infatuation. Or maybe it's obsession. High levels of dopamine suppress serotonin; studies have shown that's the same thing that happens in people with obsessive-compulsive disorders.

The brain also tells your adrenal gland to release chemicals like adrenaline and norepinephrine. It's no wonder we often tremble and feel as if our heart is racing when we think about our sweetheart.

The brain seals the deal by releasing oxytocin, often called "the love hormone" because it helps couples create strong bonds. Oxytocin is a neuropeptide secreted by the pituitary gland during times of intimacy, like hugging, kissing and orgasm.

Love is good for the heart

Flooding the body with love-creating hormones is amazing for the nervous system and, by association, the heart. The warm feeling of affection ramps up our parasympathetic nervous system, helping us relax. That reduces stress and improves feelings of depression and anxiety.

Loving feelings also tamp down our sympathetic nervous system, which is responsible for our fight or flight reactions. When relaxed, "blood vessels tend to dilate a little bit more, and blood pressure tends to drop," Jauhar said.

Social support also appears to improve the immune system and lower the risk of inflammation, which can be "detrimental to the heart," Jauhar said. Researchers in the Pittsburgh common cold study measured people's levels of support from friends, family and organizations and then squirted cold virus up their noses. Those with more social reinforcement were less likely to get sick.

Sex appears to be associated with a stronger immune system, as well. A study of college students in good relationships found that those who had sex once or twice a week had more levels of immunoglobin A in their saliva. Immunoglobin A, or IgA, is the body's first line of defense against respiratory illness.

A loving relationship may also impact your heart by encouraging healthy behaviors that reduce the risk of heart disease.

"You're probably going to be more likely to listen to your spouse when they tell you to take our medications or follow up with your doctor," Jauhar said, "or perhaps to get off the couch and exercise or stop smoking."

Impact of a sad or broken heart

Unfortunately, the impact of love on the heart works in reverse. People who are in loveless or difficult relationships with their partners or children or who are unhappy at work and in life tend to have more heart disease, Jauhar said.

"We know depression tends to cause more vascular inflammation," he said. "It increases blood clotting; most heart attacks are caused by blood clots in the vessels that feed the heart."

Studies have shown that the risk of a heart attack increases for men and women who have experienced multiple divorces, with women facing the highest risk. Women who had divorced twice had a 77% higher risk of having a heart attack; twice-divorced men had a 30% risk, which disappeared when they remarried. Remarried women were still at high risk.

The danger of a heart attack is highest in the first year after the breakup of a romantic relationship, Jauhar said. And if a person without adequate social support has a heart attack, there is a higher risk of death and a longer recovery.

That's not all. Breaking up can actually break your heart.

"There's a fascinating entity called broken heart syndrome," Jauhar said. "The heart actually changes shape in response to acute emotional disruption, such as after the breakup of a romantic relationship or the death of a loved one."

Known as stress-induced cardiomyopathy, the condition strikes mostly women. It occurs when the heart is stunned by sudden, acute stress and its left ventricle weakens. Instead of contracting into its normal arrow-like shape, the left ventricle fails to function, creating a more rounded, pot-like shape.

First described in 1990 in Japan, a broken heart looks so much like a Japanese octopus trap called a takotsubo that doctors began calling the condition Takotsubo cardiomyopathy.

"Now, in most cases, when the acute emotional stress dissipates, the heart recovers and goes back to its normal shape," Jauhar said. "But I've had patients who have developed acute congestive heart failure, life-threatening arrhythmias, even death from this condition. I think it's the clearest example of how our emotional lives directly affect our hearts."

Love the one you're with

If you don't have a significant romance in your life, don't despair. Science is pretty sure that loving chemicals are released when you feel affection for all sorts of things.

"For some people, the most intensive relationship in their lives might be with their children or with their parent or with their pet," Jauhar said. "So, I don't think it's the object of love. It's really more the feeling."

Hugging a friend or family member boosts the levels of oxytocin, that feel-good hormone that helps us relax. Studies have shown that hugs can buffer us against future conflict or stress, possibly by lowering blood pressure and heart rates.

Volunteering is another way to establish a healthy bond that can boost mood and ward off depression. Science has shown that people who volunteer have lower mortality rates; those with chronic illness also feel less pain when they are helping others.

And don't forget our furry friends. The health benefits of having a pet are well-documented, both for people and for pets. The US Centers for Disease Control and Prevention list a host of heart-healthy benefits of loving a pet: a decrease in blood pressure, cholesterol and triglycerides while increasing opportunities for exercise, outdoor activities and socialization.

It looks like Stephen Stills -- and backup singers David Crosby and Graham Nash -- had it right all along when they sang: "Love the one you're with."

Honoring Veterans During a Pandemic