Some states allow parents to get out of vaccinations. Then this happens 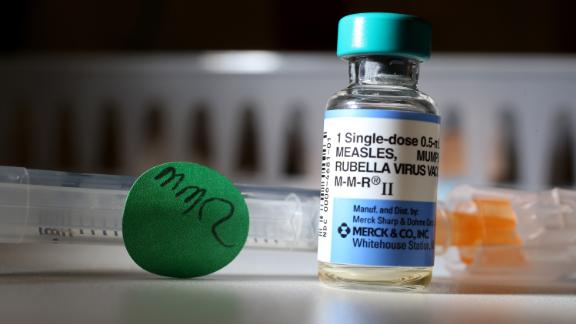 Dozens of unvaccinated children in Washington have become sick with measles after parents opposed to vaccines took advantage of a state law that allowed them to not vaccinate their children.

Two states experiencing a measles outbreak, Washington and Oregon, allow parents to opt out of vaccines simply because they want to.

And while they hate to say "I told you so," pediatricians, well, told them so.

"I've been saying now for the last couple of years [that] it's only a matter of time before we see a horrific measles outbreak in the Pacific Northwest," said Dr. Peter Hotez, co-director of the Texas Children's Hospital Center for Vaccine Development.

All states require immunizations for children to attend school. Forty-seven states -- all but California, Mississippi and West Virginia -- allow parents to opt out of vaccines if they have religious beliefs against immunizations, according to the National Conference of State Legislatures.

Among those 47 states, 18 states also allow parents to opt out of vaccines if they have personal, moral or philosophical beliefs against immunizations.

These states have particularly high levels -- or "hot spots" -- of unvaccinated children, and are vulnerable to measles outbreaks, according to a study by Hotez and his colleagues that published last year.

One of the hot spots is the Pacific Northwest, specifically Seattle, Spokane and Portland.

On Friday, Washington Gov. Jay Inslee declared a state of emergency after 35 confirmed cases of measles and 11 suspected cases in his state. Since then, there's been another confirmed case in Washington, and one case in Oregon.

In 2016, the American Academy of Pediatrics took a stance that personal and religious exemptions should end.

"It's really a no-brainer," said Dr. Yvonne Maldonado, chair of the academy's Committee on Infectious Diseases.

The pediatricians' group supports only medical exemptions, such as for children undergoing chemotherapy, since the vaccine could be harmful to them.

"There's no reason why non-medical exemptions should exist," said Maldonado, chief of the division of pediatric infectious diseases at the Stanford University School of Medicine.

In 2015, Oregon and Washington legislators considered measures that would make it harder to get exemptions. Both measures failed after lobbying by anti-vaccine groups.

"Mandatory forced vaccination will trample on some of the foundations of medical ethics which require fully informed consent to any invasive medical procedure," Robert Snee with Oregonians for Medical Freedom wrote to state senators.

"If government in America is allowed to force its fellow citizens to risk injury or death without their voluntary, informed consent, then we are no longer free Americans. Our bodies are then owned by the state and can be sacrificed by the will of the state," he added.

Legislators in Washington are now considering a new measure that would ban personal exemptions for the measles vaccine.

In 2015, California got rid of personal and religious exemptions -- but only after a bitter fight.

"At times, it was really frightening to see how angry and hostile people were to this idea," Maldonado said.

"You had to have a champion like Richard, who's a pediatrician, and an event that really spurred it on," Maldonado said.

She said perhaps politicians in other states would get rid of the exemptions if they saw firsthand how children suffer when they get diseases that could have been prevented with a shot.

"I've seen children develop diseases that are vaccine-preventable, and it's just really horrible," she said. "To see that in this day and age -- it's absolutely painful."