How Ginsburg made the law fairer for every woman 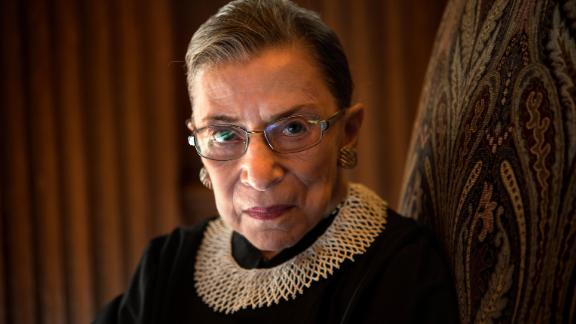 On the bench, Supreme Court Justice Ruth Bader Ginsburg is all business. Off the court, she knows how to make 'em laugh.

Ruth Bader Ginsburg's passing marks the end of an era in more ways than one. Having repeatedly beaten cancer, Ginsburg had come to almost seem invincible. She was a larger than life figure who became a hero to many young women trying to follow the path she forged in the legal profession. Ginsburg's age and frail health were no secret, but her loss still comes as a shock.

Perhaps more than any other jurist, Ginsburg transformed the law of sex discrimination in America. It is hard to imagine the Supreme Court without her.

Even before joining the Supreme Court, she convinced an all-male Supreme Court that laws enforcing sex stereotypes violated the Constitution -- and demonstrated how those laws harmed men as well as women. Ginsburg helped make sense of how discrimination against pregnant workers could be pernicious.

On the court, Ginsburg offered the clearest and most cogent defense of abortion rights. She showed that sex discrimination involved often-baseless generalizations -- a conclusion that helped advance successful equality claims made by LGBTQ+ groups.

Ginsburg has become an icon for a reason. Her impact on constitutional jurisprudence is hard to overestimate.

Her loss also promises to have a seismic effect on American politics. In 2016, Senate Majority Mitch McConnell famously refused to hold hearings on Barack Obama's Supreme Court nominee, Merrick Garland, because the nation would soon choose a new president. Now, McConnell has vowed to replace Ginsburg less than two months before voters go to the polls.

Democratic candidates have already experimented with the idea of overhauling the court -- expanding the number of justices, imposing term limits, and more. If the majority leader makes good on his promise to replace Ginsburg, the temptation to pack the court may well be irresistible.

What's more, a court without Ginsburg will no longer be defined by Chief Justice John Roberts. While Roberts is unquestionably a conservative, he also takes a profound interest in the reputation of the Supreme Court -- and in his own legacy. The chief justice often served as the swing vote this term in cases on everything from the DACA program to abortion.

Should a Republican Senate confirm Ginsburg's replacement, Roberts' vote will matter far less. The court will likely be much more conservative. Outcomes that once seemed off the table -- including the complete reversal of Roe v. Wade -- will become realistic, if not expected.

President Trump has hinted that Judge Amy Coney Barrett, widely believed to be a skeptic of Roe, will be the next in line for the high court. With Barrett's nomination, abortion would no longer be a sleeper issue in the 2020 election. It is no exaggeration to say that the fate of the right to choose hinges on who replaces Ginsburg, and when.

Starting today, both political parties will hustle to determine who shapes what is to come after Ginsburg. But no matter what happens next, Ginsburg's legacy should not be forgotten. Whenever anyone thinks of equal protection under the law in the United States, they will likely think of equality between the sexes. We have Ruth Bader Ginsburg to thank for that.

Mason City man off the hook in Worth County, accused of crimes in Floyd County

Red Wing woman killed in collision near the Twin Cities

U.S. recommends 'pause' in use of J&J vaccine over blood clot reports